Fit for the future with HiCAD: Trainees learn designing in 3D

» Early practice is the key to becoming a master «, says Wilhelm Tell in Schiller‘s drama of the same name. “They should learn everything. Whoever wants to do well in life must be equipped for protection and defence.” This refers to the young sons of the Swiss national hero, who play with a small crossbow and learn to shoot at an early age. The memorable credo has endured to this day - both among trainers and trainees themselves. The earlier you learn something, the better, because learning is definitely easier at a young age. For professional training in the field of metal engineering, the teaching of designing in 3D is one of the evident basic principles that pave the way for learners to BIM and thus future-oriented construction projects that are becoming increasingly complex, time-consuming and at the same time more diverse. The role that a combined 2D/3D CAD software such as HiCAD plays in this is reflected in the statements of the following educational institutions

The Bern School of Technology operates its training facility, which trains approximately 650 apprentices in 12 full-time courses, at two locations in Bern, Switzerland: one in the Felsenau district and one in the Lorraine. In the metal technology department, various metal construction works are planned and executed by apprentices. Production is supplemented by basic training as a  metalworker EFZ, a metalwork practitioner EBA and a metalwork designer EFZ. At the school, which was founded in 1888 and is also known as „Lädere“ in Bern, construction practice has been taught in 3D since 2015. „Previously, only 2D drawing was used at our institution,“ says apprentice trainer Andreas Schwarz. „But because the data of Sheet metal parts, laser cut parts or entire constructions are increasingly transmitted digitally, we decided on a fully associative 2D/3D CAD software.“ The choice fellon the ISD Group‘s solution: HiCAD. „The good references of other metal construction companies working with this system spoke for themselves, as did the professional presentation of the ISD developers,“ says the trainer. At the moment, two apprentices at the school are doing all the design work they need to do with HiCAD Version 2020, with the import of 3D DXF files made possible by an additional module. Sophisticated metal construction work is the goal - three-dimensional constructions that do not have any right angles. „The initial effort in learning 3D practice is of course greater than with 2D,“ Andreas Schwarz admits. „But the benefits of this become apparent within a short time. Errors become more transparent, interrelationships more recognizable, and it is to be hoped that further standardization will take place and data exchange will be further simplified

Drawing in 2D requires a good imagination, which is trained at our school. This valuable know-how proves very useful when switching to 3D“
Pascal Barmettler, Project Manager Facades

The company Josef Meyer Stahl und Metall AG, which is active in the fields of metal engineering, steel and glass construction as well as facade and window construction, was founded in Lucerne, Switzerland in 1888. „We have been working with the ISD since 2020 and use HiCAD 2020 with LogiKal and IFC interface for our facade and steel engineering connections,“ says Pascal Barmettler, Project Manager Facades. „Since BIM does not yet play an important role in our company, HiCAD has only served as a supplement to 2D modelling up to this point. But I expect that sooner or later Building Information Modelling will become increasingly important for designing complex building shells.“ The company‘s training academy, which focuses on targeted recruitment of young talent, was launched in 2019. Pascal Barmettler believes that novices learn designing in 3D more quickly with a prior experience as 2D drafters. “Drawing in 2D requires a good imagination, which is trained at our school. This valuable know-how proves very useful when switching to 3D.” The trained metal construction designer sees the future in mastering both
techniques. „Our trainees use HiCAD 99% of the time in their fourth year of apprenticeship, because we depend on well-trained specialists.”

Dominik Herger, managing director of Herger + Koch AG in Menznau, Switzerland has completed a management training in metal engineering at the SMT Basel and has internalized design practice in both 2D and 3D. „At our company, everyone draws in 3D - that‘s where the future lies, and I think that even as an apprentice you should learn about all the advantages of this design method.“ His company, which was founded in 1989 and is primarily active in hall construction, has benefited from HiCAD, ISD Group‘s fully associative 2D/3D CAD solution, since 2004. He and his team use HiCAD Version 2502.1 with the modules HiCAD solution and Metal Engineering suite premium. Furthermore, he uses the extension modules Metal Engineering, Steel Engineering and Stairs+Railings. „We require a 3D model of the steel structure from which we can derive all views, sections and details for the purpose of production and subsequent assembly. For production, we also need DSTV NC data so that we can laser cut sheets and drill holes in the beams in the drilling centre.“ The IFC interface is used to exchange data with others involved in the construction process, he says. As a former student at the SMT Basel he has been able to experience the opportunities arising from practical experience with 3D: for example, better visualization and resolution of details.

At our company, everyone draws in 3D - that's where the future lies, and I think that even as an apprentice you should learn all the advantages of this design method.“
Dominik Herger, Manager Director Herger + Koch AG

„I do not want to pit 2D and 3D against each other,“ explains lecturer Marco Morson. „After all, the term papers and diploma theses at our school usually involve a mix of 2D and 3D. But when I have an assembly, the 3D view gives me much more information, and with relatively little effort.“ As the managing director of M&S Metallbau & Schlosserei AG and a former student at the SMT, he wants to share his experiences from his everyday work with the students and offer them practical lessons. For him, this includes, above all, cost-effectiveness, efficiency, progress and the linking of all relevant areas of metal engineering. „Basically, we try to give our students as much knowledge as possible. A 3D CAD program is simply part of it. Our students have completed at least a 4-year apprenticeship in metal engineering and the majority will later work as decision-makers. For this reason, in the next two years, we will be focusing more on the independent development of constructive results.“

At the SMT Basel, students are trained in 2D and 3D. So far, HiCAD has contributed significantly to the success of the teaching assignment. „The support we receive from the ISD is great, and the free school licenses are another reason why we let our participants design with HiCAD,“ says Marco Morson, who likes to encourage his participants to consider different requirements in design tasks and to design with many variants. The tasks are usually set very openly and leave a lot of room for manoeuver in the implementation.

„So you end up with different results that the students can participate in through lively exchange.“ Dominik Herger, a former student at the SMT, knows from his own experience that the way things work with different sectional planes in 3D is not so easy to comprehend at first. „But as BIM becomes more prevalent, schools should increasingly have students design in 3D.“ The fact that the curriculum of the SMT will increasingly focus on 3D design starting in 2022 thus seems to be a step in the right direction. 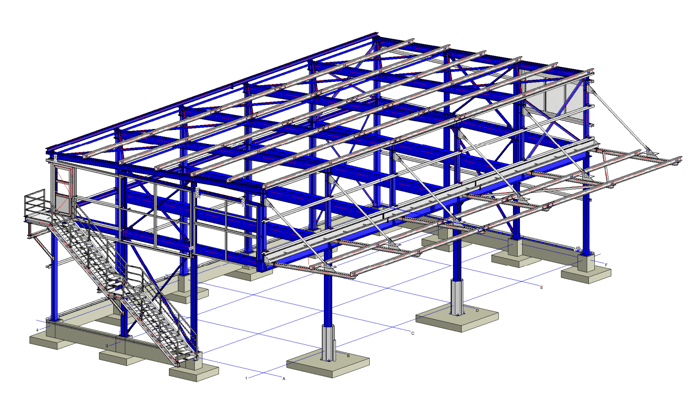 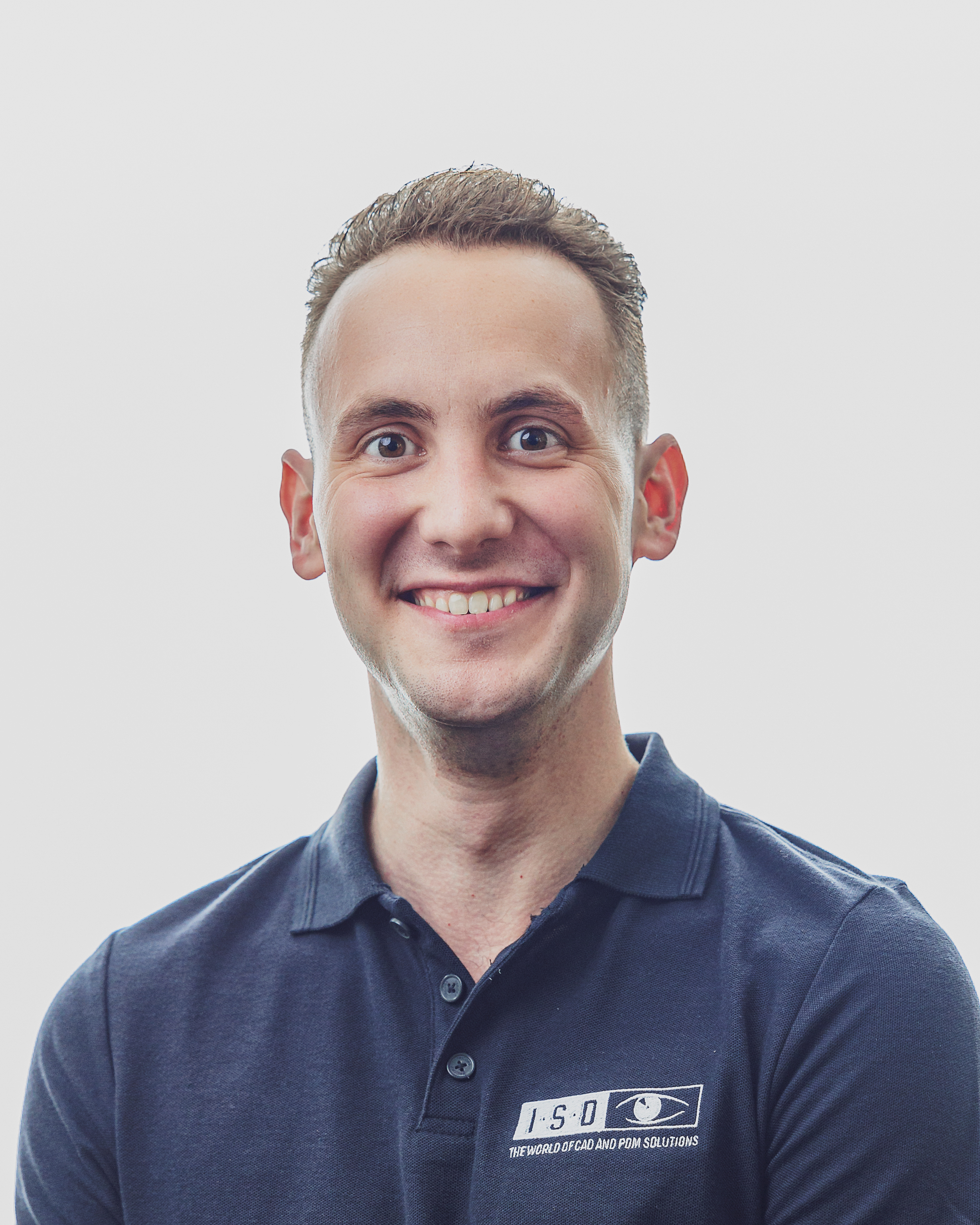 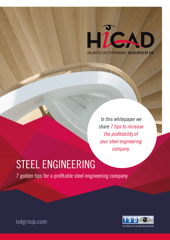 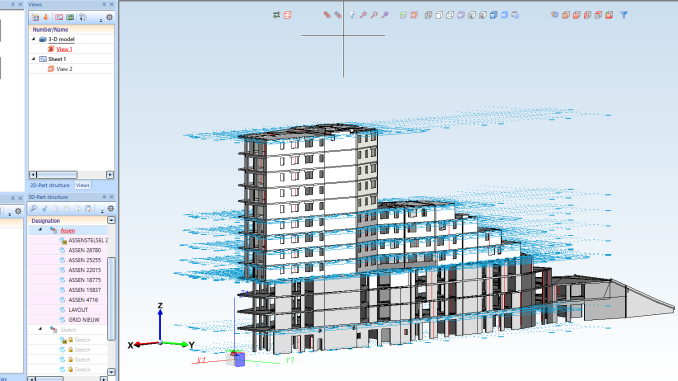 With over 90 employees, Habemo is one of Belgium's largest facade builders. To meet the ever higher (architectural) requirements, the company has been using HiCAD 3D software from ISD Group for some time. A conscious choice, according to director Timothy Oben.
read more 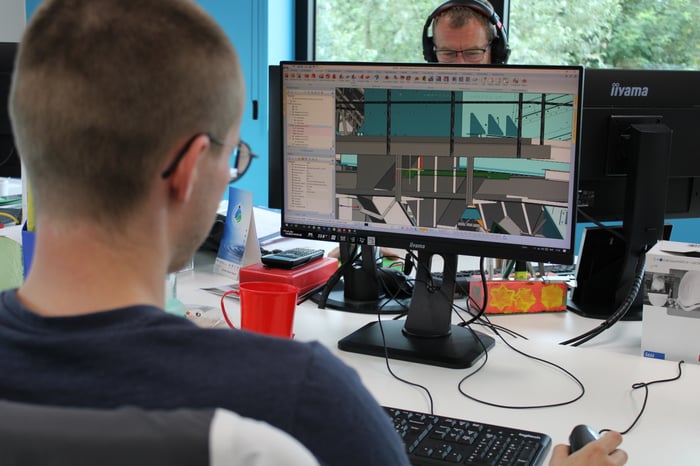 The name Meyland comes from Antoine De Meyere and Richard Roeland. They set up a shed in 1968, in Adegem Belgium, to maintain and repair machinery, in the grain and animal feed industry. Whereas the family business started out modestly in 1968, it has seen uninterrupted growth ever since. In 1973,..
read more